The Joy of Sponsoring a Child with Unbound

I’m sure you’ve heard the wonderful aspects of sponsoring a child, both the benefits for the sponsored child and for the sponsoring family.  For years I had the desire to sponsor, but never took advantage of the opportunity to sign up with an organization.  Our family finally signed up for sponsoring a Child with Unbound this summer and I am truly excited to share with you our experience so far.  And to implore you to consider signing up to sponsor a child or adult.

Sponsoring a Child with Unbound

Over the summer a representative spoke at our parish, inviting us to sponsor children through the organization Unbound.  In the church foyer they had sponsor packets with names, ages and pictures of children and elderly in need of sponsoring.  They were from all over the world.  My girls were hooked.  They went from table to table, packet to packet trying to find the child they wanted to sponsor.  It was quickly decided to select a girl from a spanish speaking country because my teen daughter is learning Spanish in school.
We eventually discovered a 7 year old girl from Guatemala who shares a birthday with my children’s great-grandmother who had just recently passed.  Josselyn became our sponsored friend.
A short time after beginning the $30/mo sponsor fees we received a handwritten letter from Josselyn’s uncle (with a typed copy in English.) He told us a bit more about Josselyn and her family but the treasure of the letter was the hand drawn picture included of a Quetzal, the national bird of Guatemala.  All of my kids were extremely impressed with her picture and promptly placed it front and center on our refrigerator.  You can see it in my kids’ picture above. 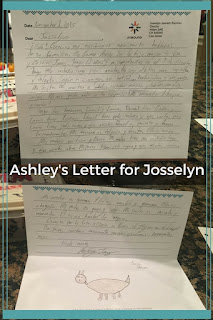 Since then, my teen daughter Ashley wrote a letter back to Josselyn in Spanish telling her about our family.  Reading it over I laughed a bit.  Ashley wrote it solely with her limited 1st year Spanish vocabulary which meant she detailed all of our eye color, hair color, ages, and other things you learn as a beginning speaker.  It was so earnest and true.  Sure, Unbound will translate any letter we send to Josselyn, but Ashley was determined to write it herself.  I was deeply touched that she took this letter writing upon herself and in Spanish! (BTW, she did ask her Spanish teacher to look it over for grammar mistakes before mailing it.)
Our younger daughter, Birdie, spent time drawing a picture of a cat to accompany the letter for Josselyn. Unbound gave us mailing labels for the letter and I learned there is an inexpensive global forever stamp that makes mailing to Guatemala simple. While waiting eagerly for a letter back to know that Josselyn received our letter, we’ve spent time with the world atlas to learn a bit more about Guatemala.  That’s how we learned the Quetzal is the national bird of Guatemala!
Just this week we received a Christmas card from Josselyn with a picture of her family that is now also on our fridge. Our Christmas card to her family is on its way to them and my kids are planning a special homemade card to celebrate Josselyn’s 8th birthday in January.  I can’t get over how connected my family has gotten to a little girl we’ve never met in such a short time. 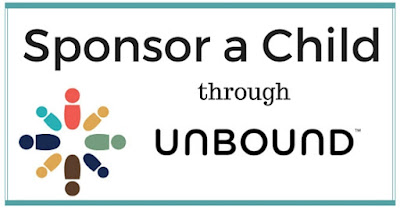 Why sponsor through Unbound?

As you may know, many countries do not provide public (free) education for children, there are fees and expenses involved that can prevent impoverished children from receiving a basic education.  Sponsorships with Unbound go towards education, medical, housing expenses, and more for the child and family.  It is truly surprising how a little money can make a huge impact in impoverished communities around the world.  The families work with Unbound and through small groups in the community to strengthen the family unit to better provide financially but to provide them with choices and opportunity in their lives.
Sponsoring Josselyn has given our family the opportunity to discuss living conditions, education and advancement in countries other than the US. It also helps us see how our monthly contribution is directly benefiting a family through letters, pictures and regular contact.  My kids are so thrilled to have a new friend in another country. 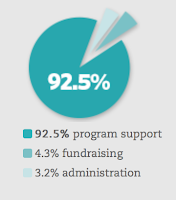 Yes, there are many organizations out there to sponsor a child but a couple of things greatly impressed me with Unbound.
First, more than 92% of the money received goes directly to their programs supporting the impoverished.  That’s less than 8% overhead.  Huge in the world of charitable giving.  They’ve received top ratings from the BBB and Unbound is the only child sponsorship organization to receive CharityWatch’s highest rating, an A+.  I trust that my monthly donation is going where it is intended which gives me great peace of mind. 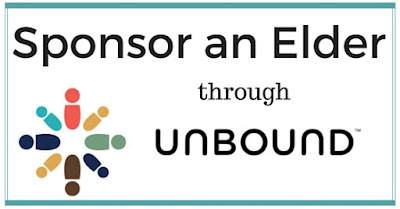 Sponsor the Elderly with Unbound

My other big thing – Unbound gives you the opportunity to sponsor the elderly.  Everyone knows about sponsoring children, but there are a great number of elderly in the world who also need support,  attention, and to be shown dignity while aging.  Unbound is the only major sponsorship organization that provides sponsorship opportunities for the aging.  As I’ve written about previously in relation to my own grandmother suffering with dementia brought on through Alzheimer’s, I am a sincere believer in treating the elderly with dignity and Unbound gives us the ability to put that belief into action.  Our family’s next sponsored friend will be an elderly woman in remembrance of mine and my husband’s strong grandmothers who are no longer with us.
I desperately wish I could convey the joy we as a family have received from our short time as sponsors of Josselyn through Unbound and how excited I am to support this organization.  Ashley has announced she dreams of going to Guatemala someday to meet Josselyn in person and give her a hug  and I’m thrilled Unbound offers trips for sponsors to meet their sponsored friend so that one day Ashley might have that chance.
Please visit here if you might be interested in joining as a supporter of impoverished families through the work of Unbound.