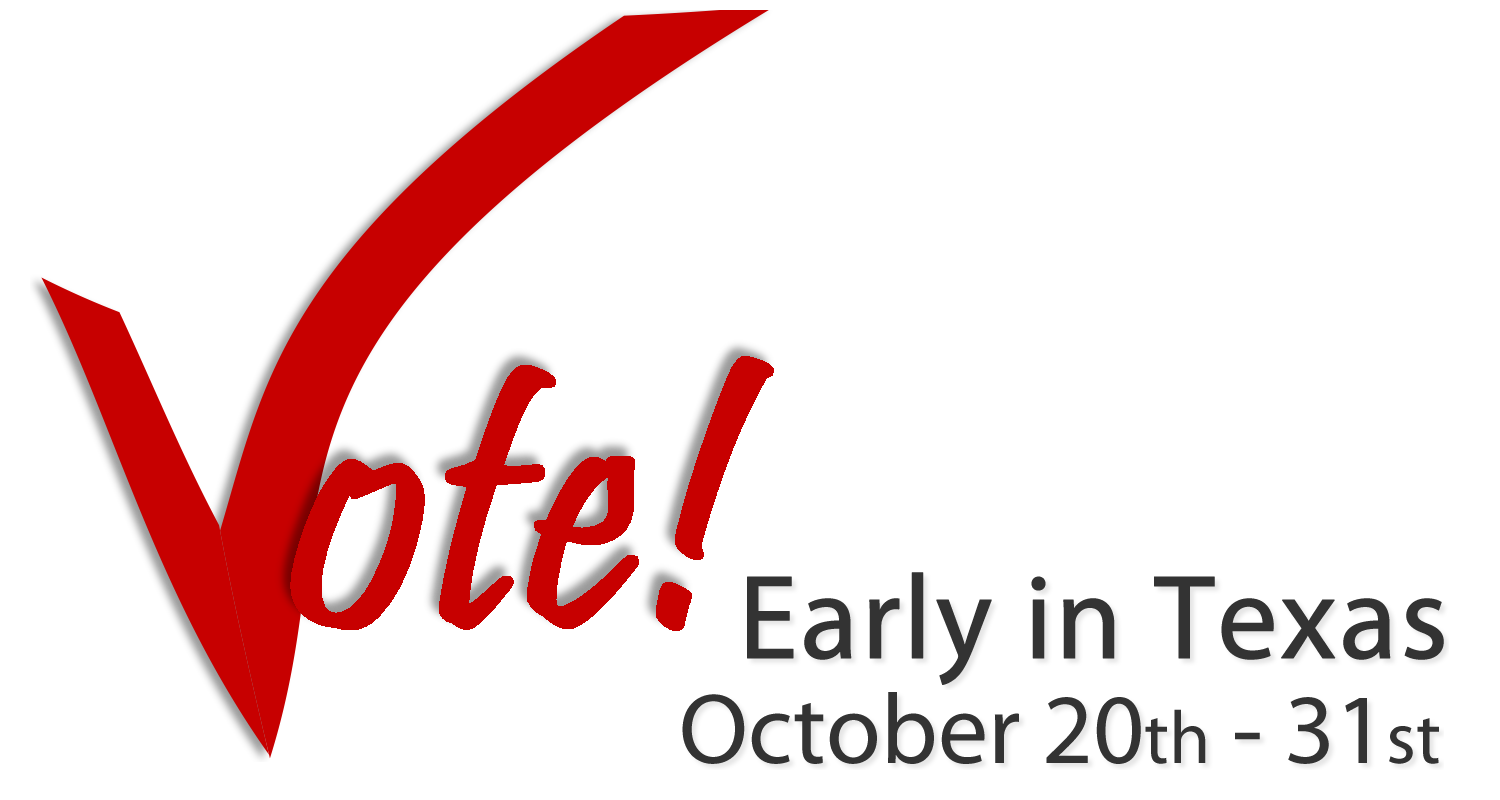 Early voting in Texas begins today Monday, October 20th and runs through Friday, October 31st.  There are many reasons to early vote or to wait until election day, but registered voters in Texas are allowed to early vote in person for any reason at any voting location within their county of residence.
Because you can vote at any location in your county of residence during early voting and most location include weekend hours, it is usually the easiest time to vote.  Harris County alone has over 41 early voting locations that are open on the weekend!
You can check the early voting locations for your county and their times by visiting the Texas Secretary of State Online Voter site here or on VoteTexas.gov.

Don’t forget your TX ID to vote – the US Supreme Court ruled Saturday allowing the Texas Voter ID Law to remain in place for the November general election, which means it is in effect for early voting as well.
A Texas voter will be required to show one of the following forms of photo identification at the polling location before the voter will be permitted to cast a vote.
If you do not have one of these forms of identification, you can obtain an Election Identification Certificate from a DPS office (which many are open on Saturdays to obtain an EIC) or from a EIC mobile station which may be found in a city near you in the next two weeks.
Even though it is not a presidential election year, there are several key statewide Texas races that need your vote.  Senator, Governor, Lt. Governor, Attorney General, US House Representative and several more.  In your excitement to vote for the races you see commercials for every night on TV, don’t forget about your local or down ballot races.
Your county races are just as important as the gubernatorial and other high-profile races.  It might seem overwhelming to go through page after page of judicial and local elections, but who is elected to those positions might affect you just as much or more than the Attorney General of the state of Texas.  If you aren’t sure who to vote for in all the down ballot races, you can vote straight party ticket, ask a trusted friend or do some research with organizations who you believe represent your interests.
I’m not going to give you a long lecture on why US Citizens should vote.  I believe most of us realize how important it is to do our civic duty and show up at the polls, but I recognize that it is easy to get distracted and put it off.  Don’t put it off for later.  Just go Vote!