No Secret that Once Upon a Time is Frozen

Once Upon a Time…. there were two sisters. 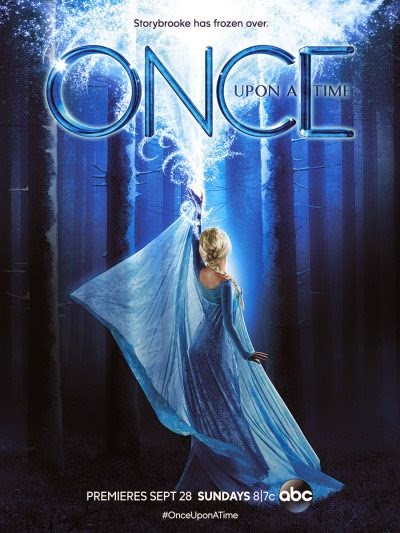 One of these sisters took her children to see Frozen.
The other did not and could not understand why everyone kept singing “Let it Go” all the time.
And then on the Once Upon a Time season 3 finale, Emma and Hook returned from the Enchanted Forest of the pastwith an unexpected stowaway in Rumplestiltskin’s urn; a woman in a shimmering blue dress magically emerged with ice crystals shooting from her fingertips.
The first sister squealed.
The second sister sighed…. and reluctantly borrowed the Frozen movie DVD.

Now she “gets it.”
We’re both looking forward to the Season 4 return of ABC’s Once Upon a Time with their new 11-episode arc incorporating characters from the movie Frozen. The Anna and Elsa story will likely be told in the standard OUAT format that see-saws between present-day Storybrooke and flashbacks to the pre-curse Enchanted Forest. 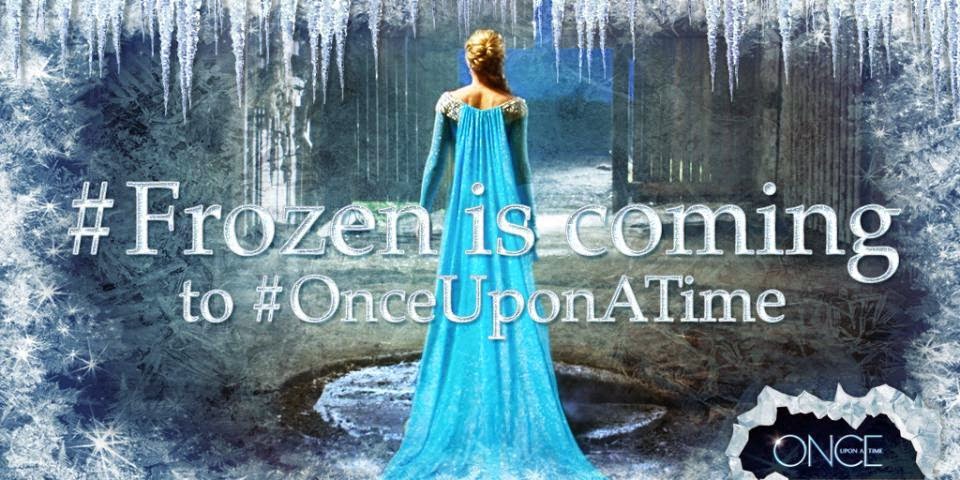 We’re curious how the Frozen characters will interact with our OUAT heroes, but the really exciting element is how will the show’s writers employ their classic “What If…” twist? Show creator Eddy Kitsis is already on record saying that Anna, “…is a sunny hopeful woman who always sees the good in people, but what happens when she meets Rumplestiltskin, the devil? We’ll reveal a whole new side of Anna’s personality.”

Coming to the show are Anna, Elsa, Kristoff, Sven, Prince Hans (with his 12 brothers), and Pabbie the Troll King.
But no Olaf?! Maybe Kristoff finally told him what happens to snow in summmmerrrr!!!!!!
Another character appearing is supposed to be the Snow Queen, whose Hans Christian Anderson fairy tale inspired the Frozen movie. There’s no spoilers about how she will be integrated into show, but I have read the original fairy tale and have a few ideas. 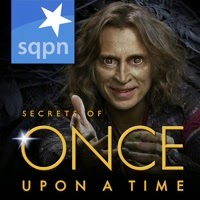 If you want to know our predictions or what we think about Once Upon a Time, be sure to subscribe to the weekly SQPN podcast Secrets of Once Upon a Time on iTunes. Hosted by Fr. Roderick, David, Deborah, Inge, Lisa and I, the podcast brings together our eclectic group to identify themes, hidden Mickey’s (visual references to all-things Disney), examine another layer of the show through discussion, and make crazy predictions about the direction of the story.

Can’t wait for the Sunday premiere either?  Check out the extended trailer for the season 4 premiere of Once Upon a Time.

Don’t forget to watch Sunday night at 8/7central on ABC, then tune in later in the week to the Secrets of Once Upon a Time podcast on iTunes to hear us discuss the episode.

What’s your prediction for Sunday night and this first part of Once Upon a Time Season 4?