Early Monday evening, I checked my Facebook feed, put the phone down, and made dinner. About an hour later, I gave it a quick glance and saw the flood of news that Robin Williams died.  Oh, I sighed, and then the cruel punch hit.

Suicide.
Just the night before, I introduced my high school daughter to Dead Poets Society, in which one of the teen characters commits suicide. It’s been four years, but that scene isn’t easy to watch without fighting back the twitchy memories of that early morning phone call telling me my godson was dead.

And now this brilliant comedic actor, whose life work has made me laugh until I cried, leaves me with silent sad tears for his family, for his soul, for his helplessness that led him to this desperate finale.

I wasn’t going to write about Robin Williams. Then I read Matt Walsh’s blog post, “Robin Williams didn’t die from a disease, he died from his choice.”  Matt is being hit pretty hard from a lot of sides for stating his viewpoint on this issue.  But personally, as one who has been on the periphery of depression and suicide, I think he captured the subject perfectly.

Two good friends of mine lost their sons to suicide. One was a young man, whose depression occasionally crippled his life. The other was my godson, a teenager with a bright vibrant future.  For reasons known only to them, these boys chose their death. It didn’t happen to them against their will. They consciously made a decision to end their lives.

We don’t want to accept that description.We rage and scream and sob and struggle to rationalize their act. To make sense of an empty darkness that leads them to think they have no other choice.  I remember being so angry with Nick over his complete selfishness, how he thought only of himself, and not of his mother, or his friends, or anyone else who loved him.

Of suicide, Matt wrote, “The complete, total, absolute rejection of life.”  “The willingness to saddle your family with the pain and misery and anger that will now plague them for the rest of their lives.”

Robin Williams’ death by his own hand, his own choice, should caution us that “Happiness and contentment are not found in our talents, our money, our luxuries, or our reputations.”

“We are all meant to lead joyful lives.  Joy is the only thing that defeats depression. No depressed person in the history of the world has ever been in the depths of despair and at the heights of joy at the same time. The two cannot coexist. Joy is light, depression is darkness. When we are depressed, we have trouble seeing joy, or feeling it, or feeling worthy of it.”

Matt’s words may appear simplistic when dealing with a complex topic, but it is truth. I remember my friend telling me after her son’s death, that on her darkest days she realized that her son lived with this terrible dark despair daily.  The difference –  she sobbed – is that she knew that despite this really bad day or week or month, she will feel joy again and that knowledge would sustain her through the darkness until she returned to the light.

If you struggle with that darkness.  If you know someone succumbing to depression. Please don’t look the other way.  Encourage them to find help. If you want to know more about understanding suicide, preventing suicide, or coping with suicide loss, please visit The American Foundation for Suicide Prevention. AFSP maintains a National Suicide Prevention Lifeline at 1-800-273-8255. 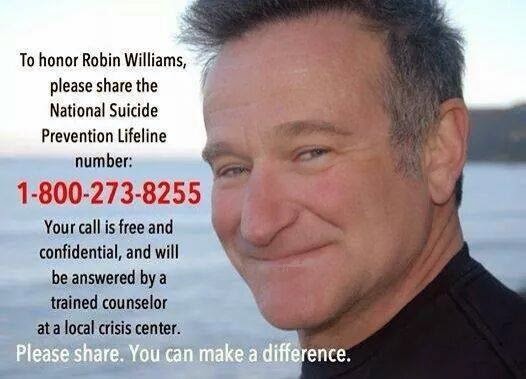