Good Sportsmanship and a Soccer Mom 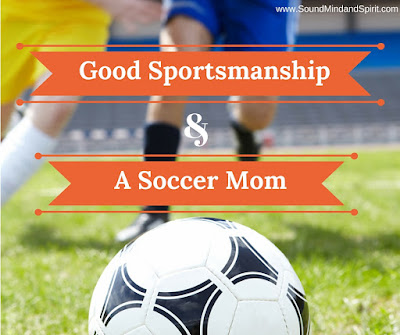 What is it about parenting and sports that stirs such passion in us? As parents of little athletes, we try to model healthy competition and good sportsmanship for our kids, but as a soccer mom, it is sometimes easier said than done.  On Saturday mornings, seemingly reserved normal moms (Dads and Grandparents too!) get a little out of control on the sidelines cheering and rooting for pint-size soccer stars.  We preach to our young athletes about the importance of good sportsmanship while playing any sport, but then sometimes forget to practice what we preach.
Last season, I had my worst display as a passionate soccer mom in my 17 combined seasons with the soccer mom title.  Without getting into the nitty gritty embarrassing details, let’s just say I behaved badly  while attempting to defend my eight year old son on the sidelines after a game.  As parents we walk a very fine line.  Our children must grow up, learn that life isn’t fair and to fend for themselves, but sometimes as moms, you just hit that breaking point wanting to protect your baby and charge across that line.
Knowing that I’d done wrong, I was forced by my conscience to apologize privately and publicly to the person my venom was aimed at.  Knowing that my display could damage both my son’s reputation in the soccer club and mine, I made a public show of apology in front of the team and parents the next day.  Remember the scene in Gone With the Wind with Scarlett O’Hara walking into the party at Ashley’s all alone?  Walking up to the other parents that afternoon I felt like Scarlett O’Hara in that red dress filled with shame and embarrassment.
As bad as that moment was for me, the worst was yet to come.  I had to do the hardest thing – I had to apologize to my son.  Here I was being Mamma Bear trying to protect and defend him and I hurt and embarrassed him with my behavior instead.  Acknowledging the result of my actions to him was tough to swallow. We did manage to finish out the soccer season on the same team with little serious fallout from the coaches although there were a few other parents who appeared to hold my outburst against me.
One of the important life lessons of team sports that we’ve always worked to instill in our kids is good sportsmanship.  My passionate soccer mom display last fall stands out in my mind as a strong learning experience for me in the requirement of good sportsmanship for the parent and soccer mom.
As my son learns about sportsmanship and healthy competition through soccer, I found that I have much to learn from him as his soccer mom. 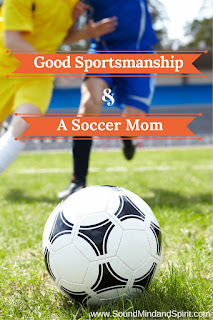