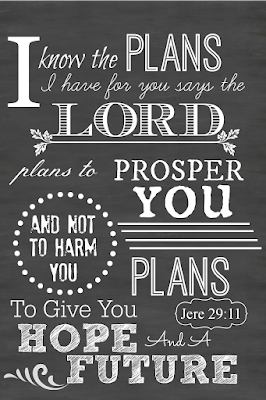 Our babies. When they arrive they are helpless. We take care of their every need.
Love them, change them, bathe them, feed them.
Rock them. Sing to them. Hold them. Love them.
And they grow…
We read to them. Teach them. Pray for them. Pray with them.
And they grow…
We step back a little, let them fall, let them get back up, let them go. We hope they’ve learned how to handle life’s disappointment and hurt, while seeking life’s joy and pleasures. Our steps back, though important, are sometimes difficult.  When we see them stumble, we want to rush to catch them. We want to kiss the hurt away and make things better.
Sometimes we can’t.
My daughter has a beautiful soul.
She’s not perfect, but she is responsible, prayerful, caring;
A Godly young woman who selflessly serves others.
Last week she experienced one of those moments in high school that really hurt. Even knowing that these moments shape and mold us, didn’t make it any less impactful.
When she started high school two years ago she signed up for the FFA organization because they offered an equine science course (which was subsequently cancelled). As a freshman “Greenhand” she worked hard towards several achievements and ended her first year as the newly elected Sentinel on the chapter Officer Team. She attended officer training, summer retreats, and the State Convention and entered her second year enthusiastic for all things FFA Blue and Gold.
Although she doesn’t raise animals, the FFA offers many opportunities to grow through Leadership Development Events (LDE), Career Development Events (CDE), Speaking Development Events (SDE), and Supervised Agricultural Events (SAE). This year her LDE team (Radio Broadcasting) became the first event in school chapter history to advance to State competition. She participated in fundraisers, officer meetings, multiple teams, and competitions, and received several awards recognizing her dedication and teamwork at last week’s annual year-end Banquet.
After such an eventful year, she confidently ran to serve again on the Officer Team.  Since the overall chapter membership grew this year, the FFA advisors added two more positions on the team. Six new candidates joined five of the seven current officers to compete for nine open positions. Unlike last year, the advisors refused to disclose any results until the Banquet and Installation.
My daughter didn’t make it.
As the names were called and new members joined the current officers on the stage, my daughter sat on the stage, the only current officer not re-elected. With a face etched in white stone trying not to reflect her stunned hurt, she somehow held it together while others laughed and clapped each other on the back. 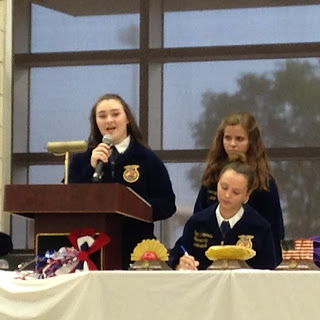 A minute later she was on her feet at the microphone, smile in place, confidently speaking as she installed a new person into her current position and then turned away uncertain where to return, her former seat taken. Our family sat at our table in the audience in numb disbelief and heartache. The tears my oldest daughter dared not show in public flowed unabashedly down her younger sister’s face.
I’d love to report that there was a mistake in the results. That the next day something somehow changed the results in her favor. Or that we found out the competition was rigged to favor the sons and daughters of those parents who lead the Booster Club in time and money.  But this is real life, not a Disney sitcom. Sometimes you just lose, no matter how hard you tried. We will probably never know exactly what in the four-part election process caused her to be in the bottom two.
Real life means that you hold your head high, accept defeat graciously, congratulate the winners, and keep moving forward, even when it’s not in the direction you planned. Despite her own heartache, my daughter spent a good portion of the rest of that night and the next day consoling and supporting her friend, who was the second person not elected.
Not a gracious loser, I struggled to find words of comfort or understanding, only able to hold her silently in the privacy of our home when she finally allowed herself to feel her pain. However, my husband captured it perfectly when he wrote,

“Tonight a…harsh life lesson was realized and …my oldest daughter showed more poise, honor, dignity, character and maturity than I would have at her age – …maybe even still. She will come back stronger than ever before. Look out world!! I love you.  You amaze me! #prouddad”

And he’s exactly right.
Ironically, not once did I worry that my daughter wouldn’t get through this. After the sadness and let down of not being selected, she kept her focus through the Bible verse that she proudly wears on her letter jacket; one she believes in that brings her strength when the road is tough.
“For I know the plans I have for you,” declares the Lord, “plans to prosper you and not to harm you, plans to give you hope and a future.” –   Jeremiah 29:11